The Global and the Local in Postmillennial Europe (9th SELICUP Conference)

THE GLOBAL AND THE LOCAL IN POSTMILLENNIAL EUROPE

(Spanish Society for the Study of Popular Culture)

SKASE (Slovak Association for the Study of English)

CALL FOR PAPERS
Scholarly debates increasingly revolve around the influence of global economic processes on cultural production. As Jeffrey Nealon (2012) argues, contemporary concerns with the ‘structuring mutations in the relations among cultural production and economic production’ have gained prominence as a reaction to intensified neoliberalism and globalization. Nealon has noted how capitalism has lately increased its control over social and cultural mechanisms—an increase he relates to the ‘intensification of the existing biopolitical sources’. The relationships between globalization, cultural production and identity construction are further complicated by the myriad processes that have fundamentally reconfigured the economic, political, social and cultural spheres. Representing both the ‘tendency towards homogeneity, synchronization, integration, unity and universalism’ and the ‘propensity for localization, heterogeneity, differentiation, diversity and particularism’ (Bornman, 2003), globalization seems to give rise to structural tension in postmillennial societies.

This tension is particularly apparent in the interactions between globalization and identity discourses. Since the former has affected all traditional processes of identity construction, there are many in postmillennial societies that are experiencing identity struggles, in a complex process that may include self-construction (Bauman, 2001; Bornman, 2003), the creolization of identities (Bourriaud, 2009), the rise of hyperindividualism (Lipovetsky, 2005) and pseudoautism (Kirby, 2009), the collapse of the sense of community (Bauman, 2001) and the rise of surrogate communities—interest groups, professional groups, virtual groups (Bornman, 2003); the appearance of new identities—not only a cosmopolitan identity marked by a sense of disembeddedness but also a global identity that implies ‘global self-reflection’ and ‘identification with the total of humankind’ (Bornman, 2003).
On the other hand, the pressure of globalization has also revitalized ethnic, regional, and communal identities and encouraged the emergence of ‘glocalization’ (Robertson, 1995), which includes the ‘innovative hybrid practices that local cultures have invented to assert their identity’ (Tartaglia and Rossi, 2015). This has also provoked an increase in regionalism rooted in local identity; i.e. an identity which ‘harbours emotional and symbolic meanings that people ascribe to a sense of self and the attachment to place’ (Tartaglia and Rossi, 2015). The complex tension emanating from opposing forces like globalization and glocalization, global and local identities, the creolization of culture and the preservation of ethnic and regional cultural specifics lies at the centre of current phenomena affecting languages and cultures around the world—becoming especially visible in the sphere of literature and the media.

Since mass production, consumption and communication have all produced a world in which it is increasingly difficult to identify a cultural centre, the previously dominant postmodernist and postcolonial theories no longer have the capacity to effectively address the changing character of the globalized world, as several scholars have noted (O’Brien and Szeman, 2001; Lipovetsky, 2005; Bourriaud, 2009; Kirby, 2009; Vermeulen and van den Akker, 2010; Nealon, 2012). An effective examination of the influence of globalization on literary, cultural and media production and its effects on contemporary identity struggles calls for the employment of novel research strategies.
In light of the above, this conference will foster the analysis of contemporary cultural productions. It will do so by providing an interdisciplinary forum for the discussion of the intersections between theoretical approaches to globalization, identity and those recent formulations attempting to define a new cultural paradigm.

The conference will prioritize (but will not be necessarily limited to) the following thematic strands:

The Organizing and Scientific Committee will also be happy to consider individual paper or whole panel proposals addressing the conference’s main topic from perspectives other than those specified in the above-mentioned thematic strands.

You can also find the links in the Programme of the conference. 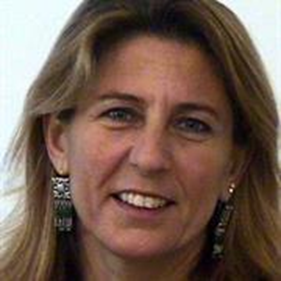 Roberta Piazza is Reader/Associate Professor in English Language & Linguistics at the University of Sussex, UK. Her research interests range from critical discourse analysis of the media (The Discourse of Italian Cinema and Beyond, Telecinematic Discourse co-edited with M. Bednarek and F. Rossi; Values and Choices in Television Discourse co-edited with L. Haarman and A. Caborn) to sociolinguistic studies of personal and social identity (Marked Identities co-edited with A. Fasulo). Recently she has been working with vulnerable and mobile groups, such as Irish Travellers and the Homeless. Her work has appeared in a number of international journals; her most recent work is the edited book Discourses of identity in liminal places and spaces 2019 for Routledge and her monograph The discursive construction of identity and space among mobile people (2021) is published Bloomsbury.

Raoul Eshelman is Professor of Slavic Literature at the Ludwig Maximilian University in Munich. He received his B.A. from Rutgers University (USA) before studying in Konstanz, where he received his M.A. and PhD. in Slavic Literature. He has been teaching at the Slavic Department at the LMU since 2009. His scholarly interests focus on philosophy after poststructuralism, film studies, postmodernism, and post-postmodernism (performatism).

The book of abstracts for the SELICUP 2021 conference can be downloaded here.
Conference booklet available here

We invite proposals for twenty-minute papers. Panel proposals are also welcome. Submissions will be subjected to double-blind peer review. Abstracts (250–300 words) clearly defining the topic and the aims pursued in the paper should be submitted by e-mail as WORD attachments to:
Dr. Soňa Šnircová (selicup2021@gmail.com) by 20 May 2021.
ABSTRACT TEMPLATE

*Delegates in categories 5 and 6 should provide evidence of their special status when registering (by attaching e.g. scanned copies of their university registration forms or documents/documentation certifying jobseeker status).

Payment by bank transfer to the conference bank account:

Any fees charged by remitting banks are to be paid by the conference participants. It is the responsibility of the sender to ensure that the conference receives the full amount.

Reception of payment will be confirmed by e-mail. Printed invoices will be issued and sent by e-mail upon request made by e-mail to selicup2021@gmail.com.