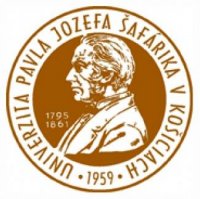 The Department of Languages UPJS was ranked high among the scientific-educational workplaces conducting language courses in English, German, French, Latin, Russian and Slovak at all four of the UPJS faculties within the general humanities framework. Foreign language courses were provided as either mandatory or elective/optional studies on all three levels of academic education, Bachelor´s, Master´s and Doctoral (PhD).

The Department of Languages UPJS became the basis of the Institute of Philologies and Social Sciences UPJS, the establishment of which was approved by the Academic Senate UPJS on 19th May 2005. This Institute incorporates also the Department of British and American Studies first chaired by prof. PhDr. Pavol Stekauer, CSc in 2005.

The Department´s current staff marks it as being among the top linguistic workplaces by combining experienced domestic and international educational-research linguists and by balancing the dynamic expertise of established mid-career scholars with the international zeal and energy of younger staff members. The Department seeks primarily to blend the high professional erudition of its members, grounded in intensive scholarly research performed within the framework of international and national projects, with quality teaching of new scholars and researchers capable of asserting themselves in the labour market and of addressing the growing demands not only in Slovakia, but also in other EU Member States.

The market-oriented approach also pre-determined the selection and specialisation of the study programmes which the Department offers to its potential students. A thorough analysis of market needs supported the introduction of the programme English for the European Institutions and Economics. This program is designed to produce top-quality translators and interpreters capable of satisfying the demands of EU institutions as well as business entities and organisations. The programme reflects the growing demands in respect to the education and training of professional translators and interpreters in a wide range of specialisations, especially in Law and Economics.

Graduates of the English for the European Institutions and Economics study programme shall acquire the C2 level of English knowledge, crucial for professional translation skills in both European and domestic institutions. They shall become acquainted with the methods, skills and techniques both of practical translation and of consecutive and simultaneous interpretation. They shall also achieve the B1 level in their acquired second language.

Since practical experience shows that even high-level foreign language acquisition does not suffice for quality translation and interpretation, if it is not grounded in the necessary standard field expertise, graduates of the English for the European Institutions and Economics study programme are taught the foundations of Jurisprudence, Company Law, Financial and Tax Law, Civil Law, Contract Law, Family Law and Intellectual Property Law, as well as the basics of Microeconomics and Macroeconomics, Company Economics and Public Finance. During their studies students obtain fundamental grounding in the field of Translation Theory. They are provided not only with the foundations of the Slovak language, but examine the contrast between the Morphology, Syntax, Lexicology and Stylistics of the English and the language. Top-quality translation and interpretation skills inevitably require that the graduates be equipped with extensive knowledge of the institutions, culture and history of the European Union, Great Britain and the USA. They are also provided with a brief survey of the literature of the studied regions. They are capable of translating texts of various genres, of coping with a computer-supported translation and of using a variety of other tools relevant to both the source and target languages.

A reduced version of this study programme takes a traditional form of double-specialisation and inter-specialisation studies resulting in a Master of Arts degree which concentrates on teacher training. There is a wide range of options available enabling programme participants to combine various other specialisations with British and American Studies. They not only include Humanities (Philosophy, Slovak language and Literature, German language and Literature), but also Sciences (Mathematics, Computer Science, Physics, Chemistry, Biology and Geography.)